The Sound is Back On Downtown

A longtime tradition of downtown Russell has been the speaker system and music played from KRSL Russell Radio and used during special events like parades.

Since then, Russell Main Street, Inc. has led a fundraising effort to replace the speakers.

The installation of 16 new speakers and a new sound system was recently completed.

The speakers and system were purchased from DK Audio and installed by City of Russell crews. 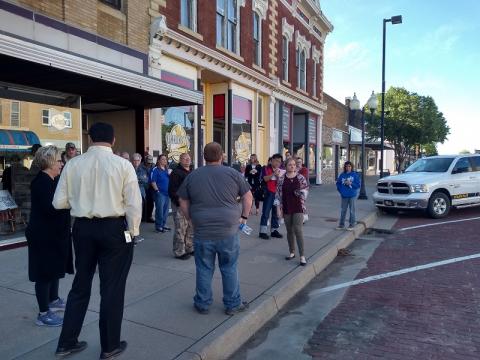